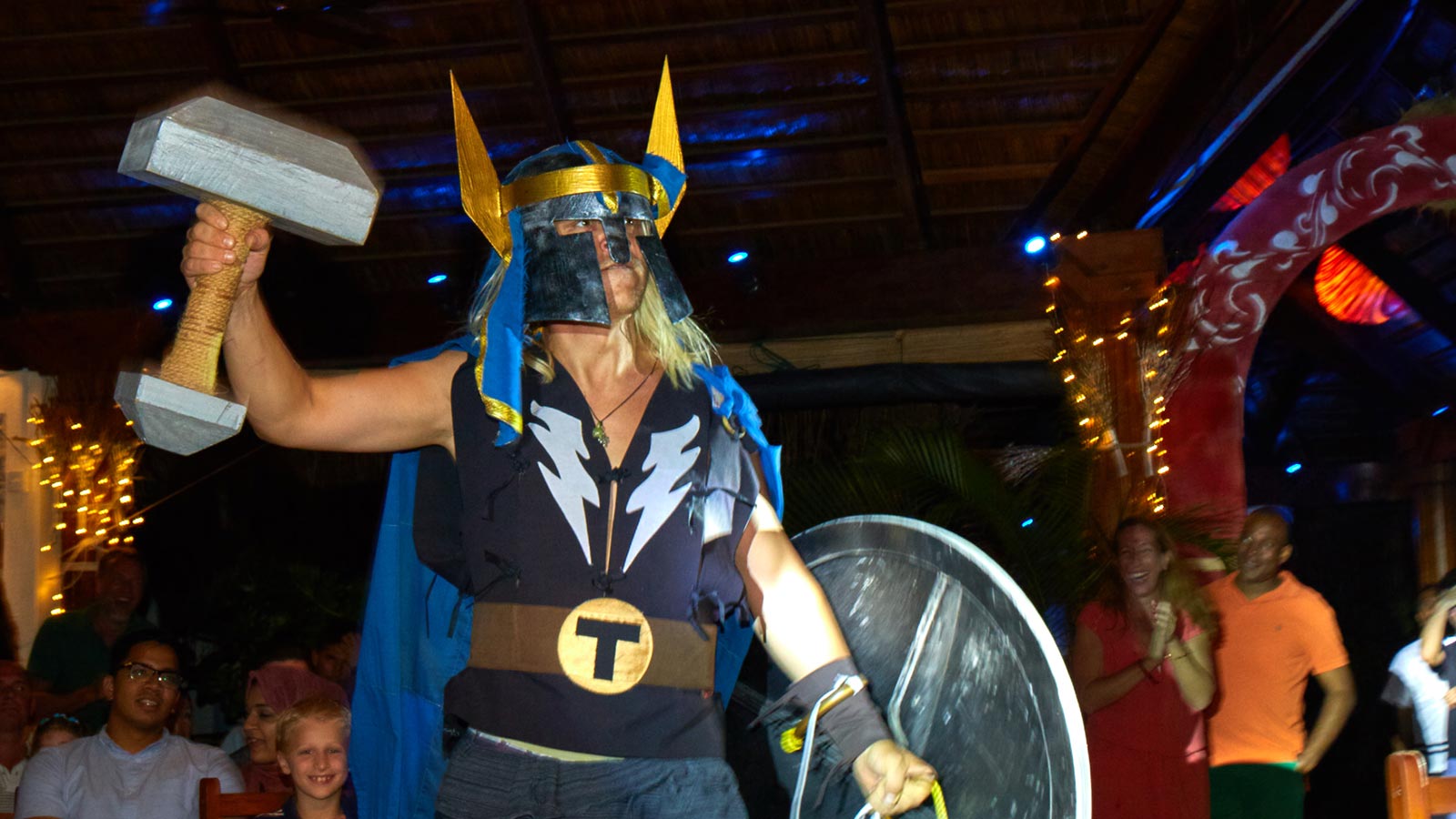 Babuna Bar was once again transformed into Caesars Empire for the 2016 Gladiator Games at Kuredu Maldives Resort.

We are pleased to announce that this year’s winner of the event was Thor.

Hedda and Fikry hosted the Games in which Gladiators Maximus, William Wallace, Thor, Skeletor, Caveman, Rambo, Father Christmas and Darth Vader competed. The brave competitors fought on a perched wooden pole and armed with pillows, fighting until the first one fell! The proceedings were overseen by Caesar himself to ensure the competitors fought fairly.

Prior to the event, the Gladiators were auctioned off to guests with the proceeds being donated to the Kudakudhinge Hiya Orphanage in the Villingili ward of Malé.

Kuredu has supported the orphanage for many years through various fundraising activities including the famous Crab Race, selling handicrafts and numerous donations. The resort regularly provides the orphanage with items they need most of all.

It was a fun evening raising money for a very worthwhile cause and we would like to thank everyone who ‘bought’ a Gladiator and helped to raise the fantastic sum of $1,465 for some of the Maldives’ most vulnerable children. 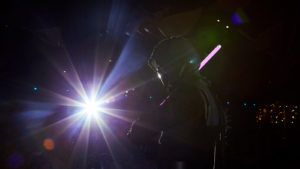 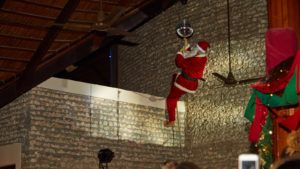 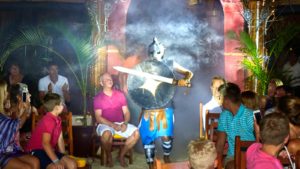 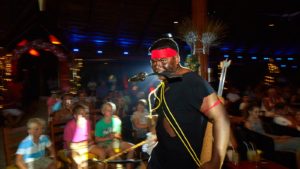 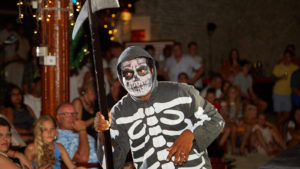 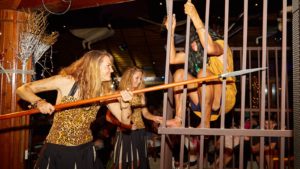 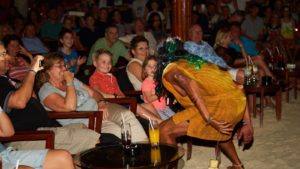 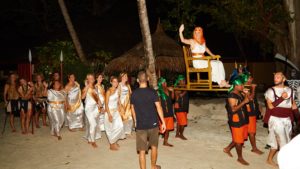 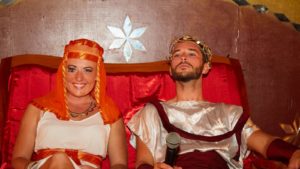 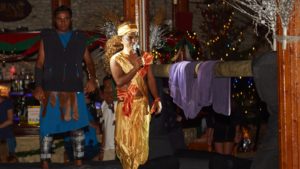 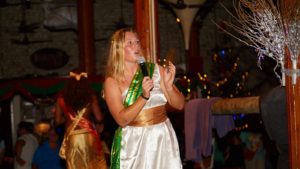 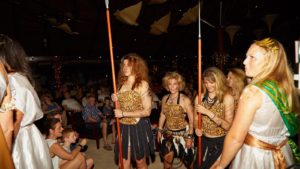 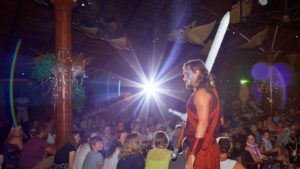 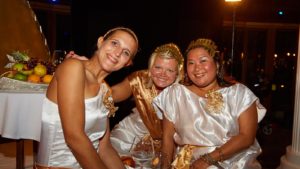 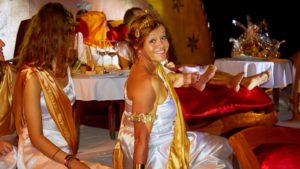 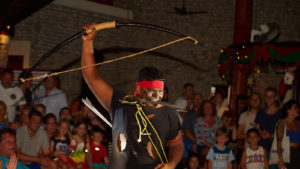 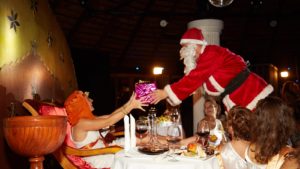 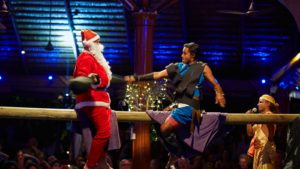 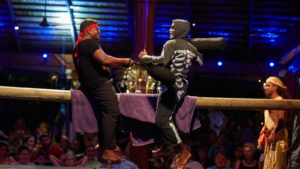 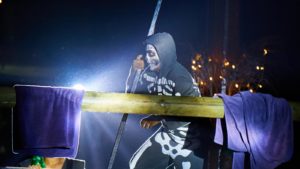 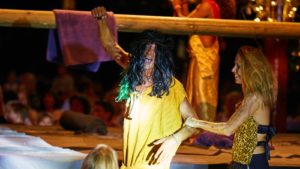 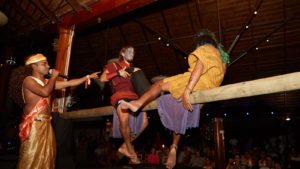 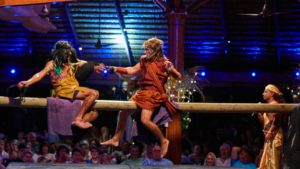 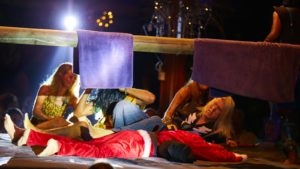