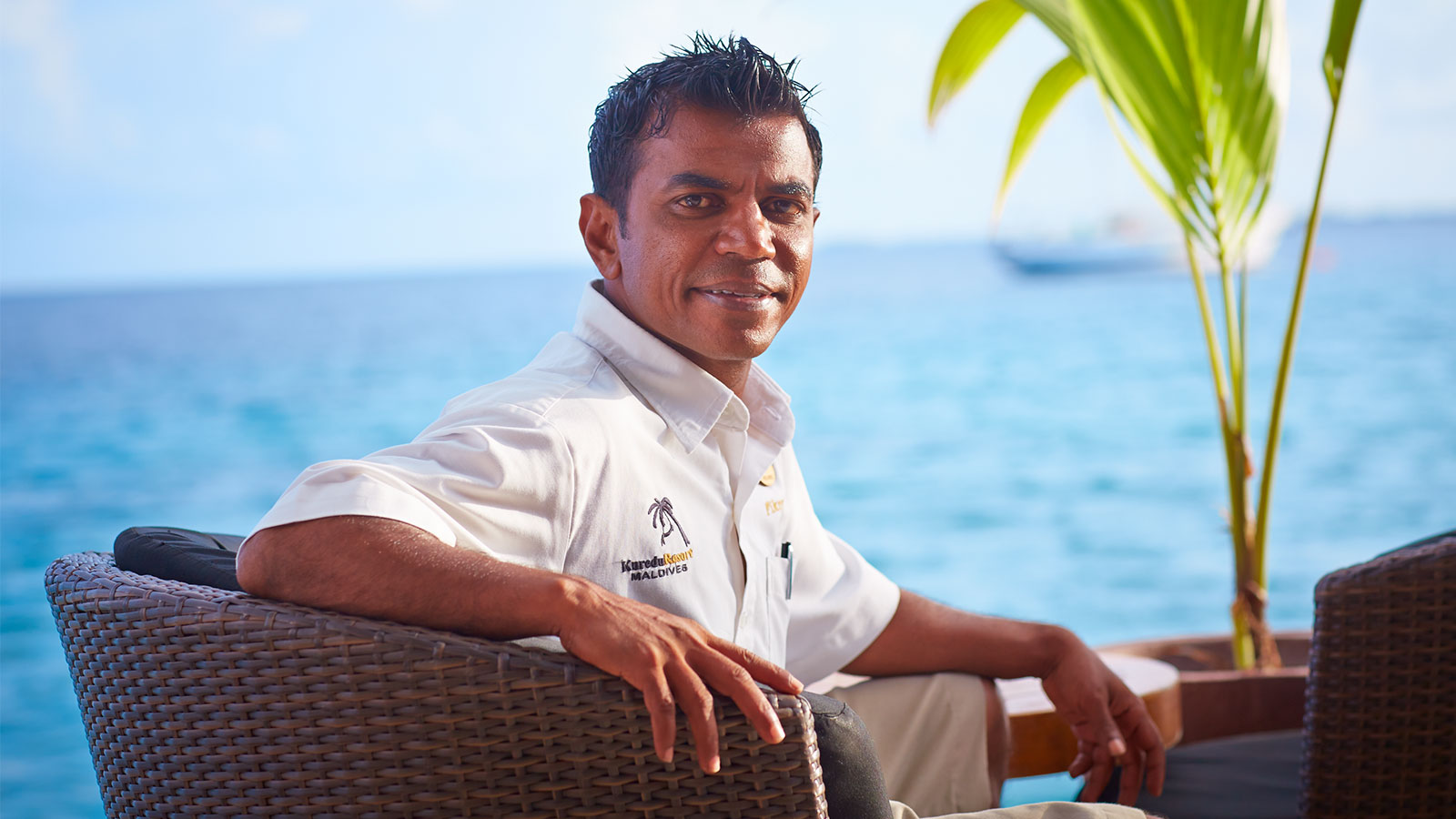 The ‘Kuredu Celebrities’ series gives you a unique opportunity to get to learn a bit more about the faces of Kuredu – the people who work tirelessly to make the resort such a special place to be.

This month the star of the show is Fikry!

The small man with a big character and even bigger ambition…

Since starting work on Kuredu in 2000 Fikry has always been employed in job roles that bring maximum guest contact – and if you’ve met him you’ll understand why! His path up the ladder begun as a Receptionist and in 2002 he was promoted to Guest Relations Officer. In 2009 he became Island Host Team Leader and was promoted to Assistant Front Office Manager in 2011. 2013 saw yet another promotion, this time to his current position of Guest Services Manager. During his time on the island Fikry has won the Employee and Supervisor of the month many times and has been Employee of the Year twice, his other career highlights include business trips to Sri Lanka in 2009 and London and Venice in 2011. 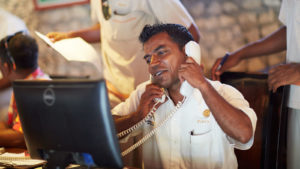 If there’s an event happening on Kuredu, no prizes for guessing who the Master of Ceremonies is! And, when he’s not working you can join him on the beach in the evenings for game of Volleyball, spot him at the football pitch or even enjoying some of the various water sports.

And things that make him happy on Kuredu? Fikry answered: 1) the culture, 2) the atmosphere, 3) the really friendly environment, 4) the fact that Kuredu Resort is a well-managed and organised company, and, most of all meeting the repeater guests again and again! His final point here really shows, he is super popular with repeaters and always goes the extra mile, especially for the most loyal ones for whom he organises welcome ceremonies on the jetty! He’s happiest when he sees familiar faces stepping off the plane as he’s good friends with many repeater guests and is eager to find out what they have been up to since their last visit – except for Terri and Laurie who return to see Kuredu’s best Guest Services Manager ever before they even get time to unpack from their previous visit!

Kuredu has an unofficial motto ‘No shoes, no news’. Fikry says that if he was the new General Manager and was asked to change it, he would keep it the same but add ‘be as busy as you like, even busy doing nothing!’

Fikry, let’s say you were a guest and only had 24 hours on Kuredu. How would you spend your day?

“I would stay at the Jacuzzi Beach Villa and enjoy a relaxing spa bath after a day relaxing on the beach and swimming in the lagoon. I would go on a Full Day Sailing trip – the guests always say how great this day is. I would take a stroll to the end of the jetty and enjoy the view and a drink in Sai Kotari. The ‘O’ Bar would definitely be on my list – I love the atmosphere there. For dinner I would go to the Far East and enjoy Japanese food. At some point in the day I would have to try and fit in having a milkshake too. After dinner it has to be Babuna Bar where I would go and enjoy the entertainment.”

We think he needs a lot more than 24 hours in his days!

If he was ever sent to an uninhabited island the three things he would take are: safety and security equipment, food and drinks and a mobile phone to communicate – and he has a lot of experience in this area as he regularly sends guests on excursions to Dream Island.

Fikry is due to complete his Bachelor Degree in Hospitality Management in November 2016 and his aim is to be General Manager as soon as possible. We’re sure you will all join us in wishing Fikry every success in his studies and career ambitions.

Follow our series – and say ‘hello’ to the celebrities you know in the comments section on Facebook!