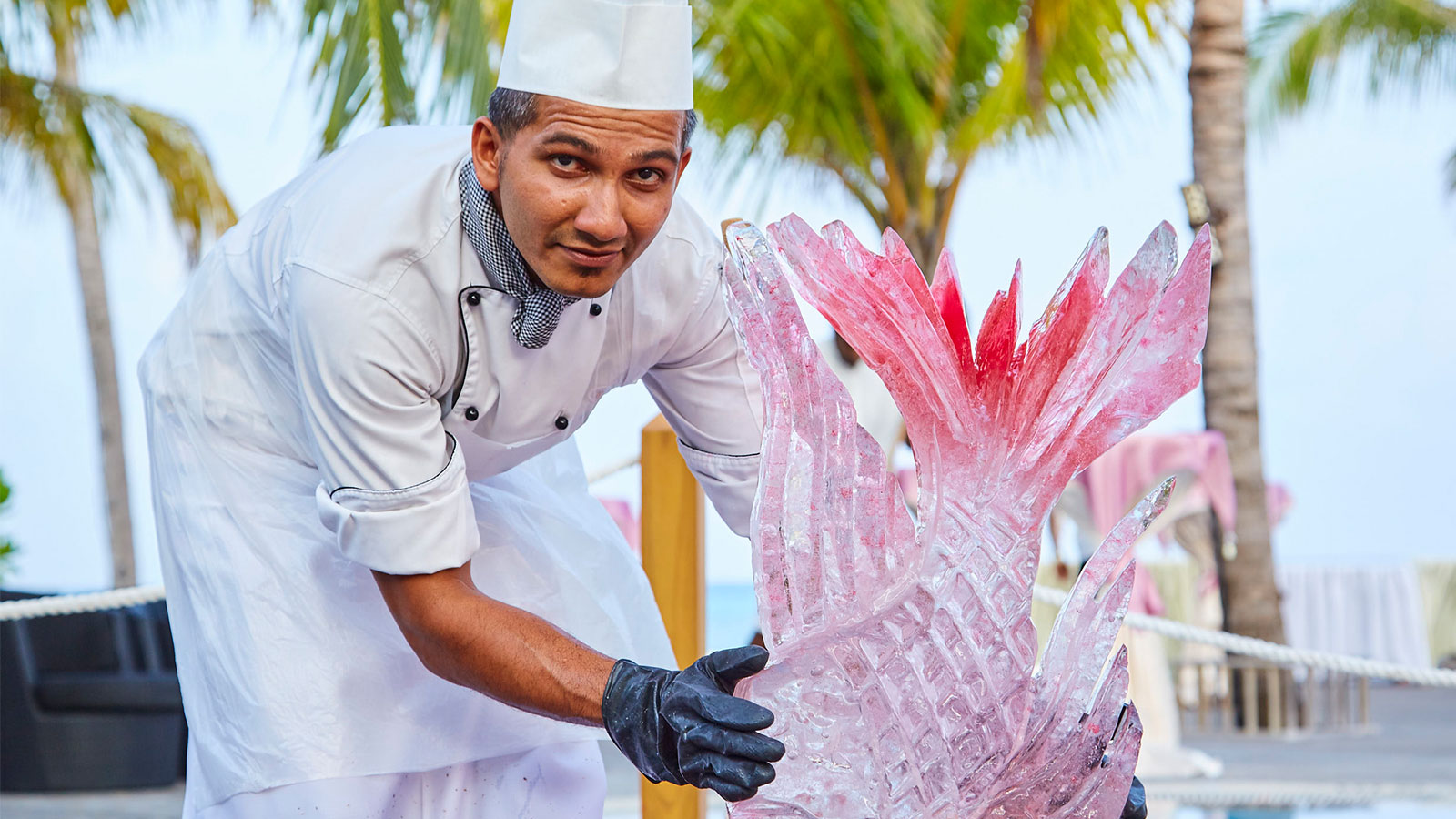 It’s impossible not to notice the magnificent carvings and sculptures created from food and ice at the resort’s restaurants, and to spot intricate creations from sand made on special occasions. This month’s Kuredu Celebrity celebrates the work of the very talented, 28-year-old artist behind these creations, Kitchen Artist Jeewantha.

Jeewantha, also known as Arti, from Galle in Sri Lanka, joined the Kuredu team in 2016 and has been showcasing his talents in the resort’s buffet restaurants ever since. His artistic flair began in 2004 and since then his career has taken him to positions in Dubai and Oman as well as the Maldives and it’s Kuredu where he is happiest as it has ‘a sense of family atmosphere among the team members’. Guests who have seen Jeewantha’s work will not be surprised to learn that he has won a collection of medals for his culinary artistry in fruit and vegetable carving, and he is very proud to represent Kuredu in the competitions.

When not busy creating the buffet centrepieces, Jeewantha can also be found working on sand sculptures far more intricate than sandcastles; most recently we could admire Earth Hour sand art. His next personal target? A massive Mount Rushmore sand sculpture!

Next time you’re at Kuredu be sure to sign up for the twice-weekly fruit carving class and don’t miss watching Jeewantha make a swan from a block of ice – the ice carving demonstration is held every Thursday at 17.45 at the main pool.