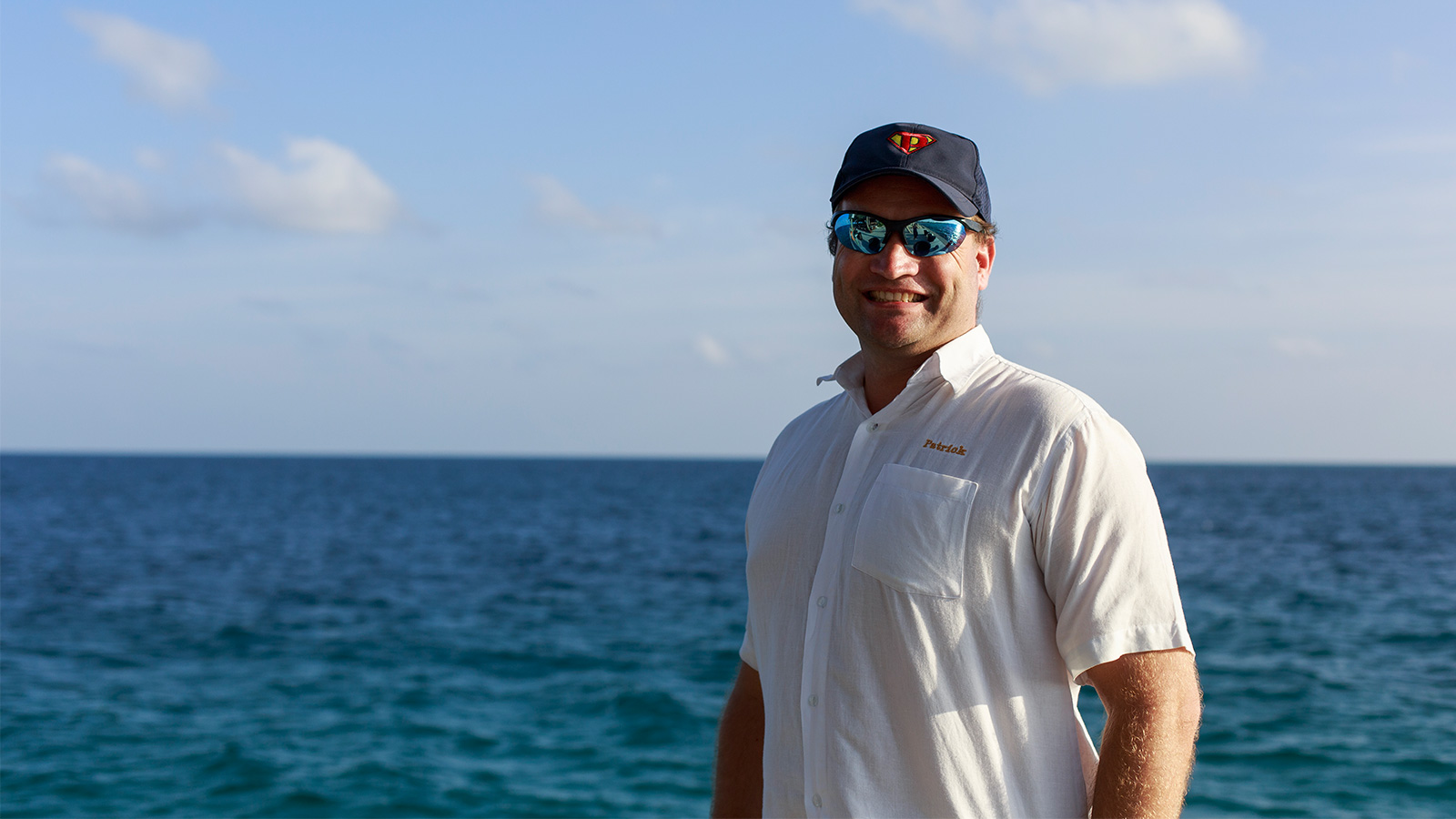 Patrick de Staercke has landed the dream job of being at the helm of Kuredu because his professional background and excellent people skills have been a winning mix for bringing all resorts under his management to new heights. Corporate lingo aside, in our books – and everyone who has ever had the pleasure to work with him will agree – he’s not just a General Manager…

Patrick is a diplomat, a democrat, but also pretty good with a cricket bat.

He’s a GM, which for us is vital, but we’re also keeping him here for his uncontested ‘best DJ’ title.

Patrick’s smile is as wide as his heart and in tennis it’s hard to tell him and Federer apart.

‘The Impossible Quiz’ on Facebook confirmed his IQ is high and he looks handsome against Kuredu’s blue sky.

He’s no stranger to Belgian beer – on Friday nights it’s what brings him to fifth gear. Though with such a big resort to run, you can’t blame him for the occasional fun.

His personality is as bright as the T-shirts he likes to wear and his good work’s reflected in guest questionnaires.

Come rain or shine, he’s the top of the line and we’ll do our best so he never has to resign.

GMs like Patrick are a very rare find, so we thought we’d be kind and catch him off guard with this cheeky ‘happy birthday’ card.

« Kuredu’s Celebrities of the Month: Housekeeping Team 6 Surprising Things to Do During a Holiday at Kuredu »