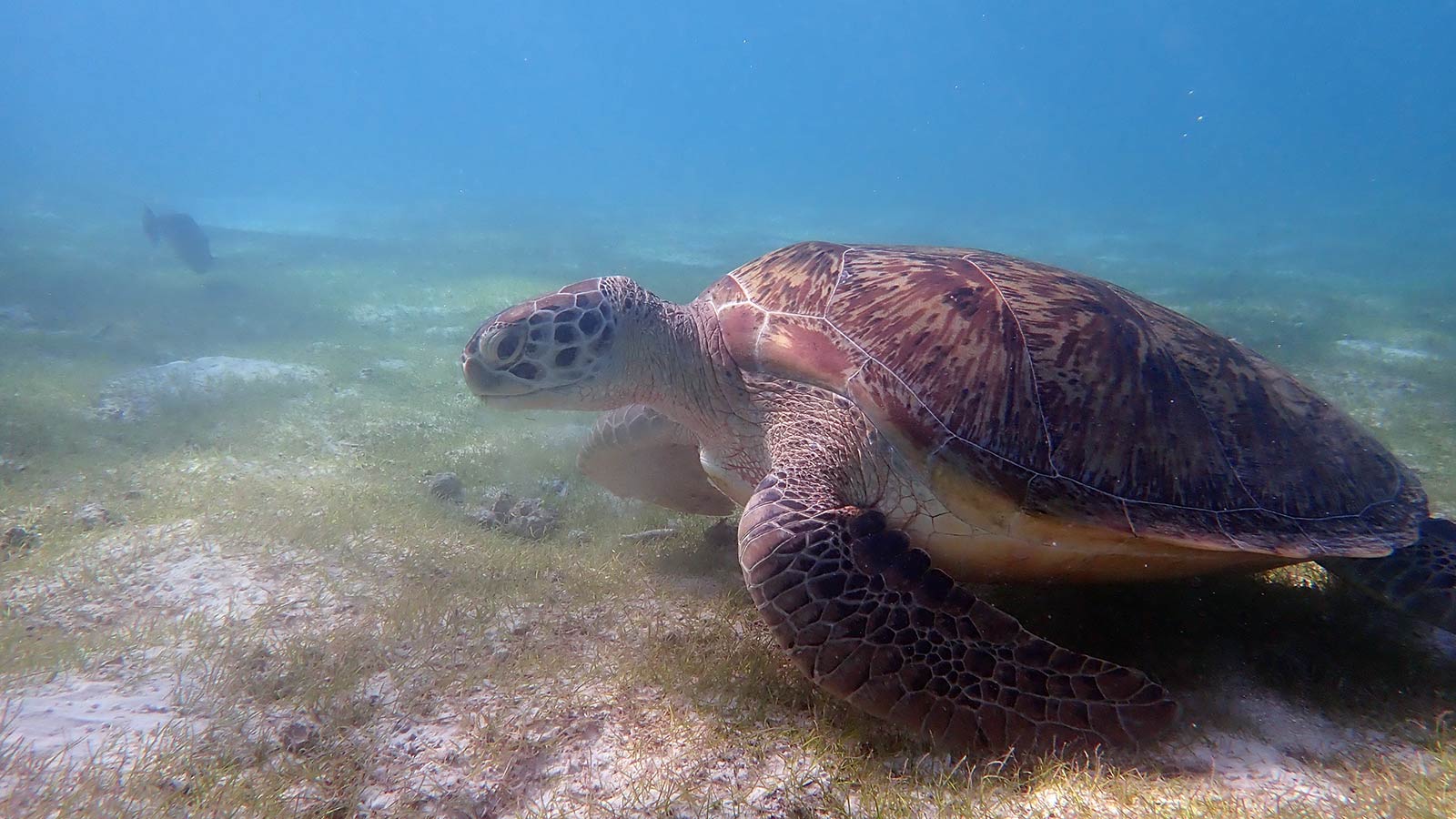 The reefs and lagoons of Kuredu are renowned sea turtle hotspots, with the largest community of green sea turtles in the Maldives residing at Kuredu Caves, an incredible diving and snorkelling site off the north of the island. All seven species of sea turtles in the world are classified as endangered so to have such a thriving population on our doorstep is incredible.

Of the 553 individual turtles known to Lhaviyani Atoll, 272 have been sighted around Kuredu, making it the best place in the atoll for turtle spotting. Even more astounding is the data specifically for green sea turtles, 1’083 individuals are known in the Maldives, and almost 20% of those are at home on the reefs of Kuredu!

To experience the thrill of seeing the turtles, join a snorkel tour or dive boat to the famous Kuredu Caves, or if you would like to learn more about turtles and their conservation as well as see first hand a Sea Turtle Biologist conducting a survey, join the Kuredu Turtle Search. You can also venture out to the lagoon yourself where you can spot the turtles lunching on the seagrass meadows or explore the house reef, whichever you choose you will almost certainly spot turtles during your stay. To ensure your encounters with the turtles are responsible please follow the Olive Ridley Project’s Sea Turtle Code of Conduct. The number one rule for snorkelling with turtles is Do Not Touch! We can transfer bacteria and chemicals from our hands onto their body which is then absorbed through their skin or shell into their bloodstream.

Meet Noah, Kuredu’s most frequently sighted turtle. She (yes, she) was named when she was young, before we were sure whether she would be male or female, and over the years Noah has grown and grown, but shows no sign of growing a tail. Adult male turtles have a long tail which is the only way we can be sure of their sex, so with Noah we have to now assume that she is female! She has been regularly spotted in Kuredu’s lagoon since she was first seen in May 2015, since then there have been 93 sightings with the most recent being April 2021. Many guests have met Noah and had the pleasure of swimming next to her. She is very relaxed and doesn’t mind it if snorkellers quietly watch her grazing from a few metres away. If all the attention should get too much, she lifts her head to give a disapproving stare and then calmly swims away.

It is now possible to adopt one of Kuredu’s famous turtles, such as Noah, Mara, Mareena or Lily. Find out more here.

Special thanks to Emily, our resident sea turtle biologist from the Olive Ridley Project for sharing their data and gorgeous photos of Noah with us. 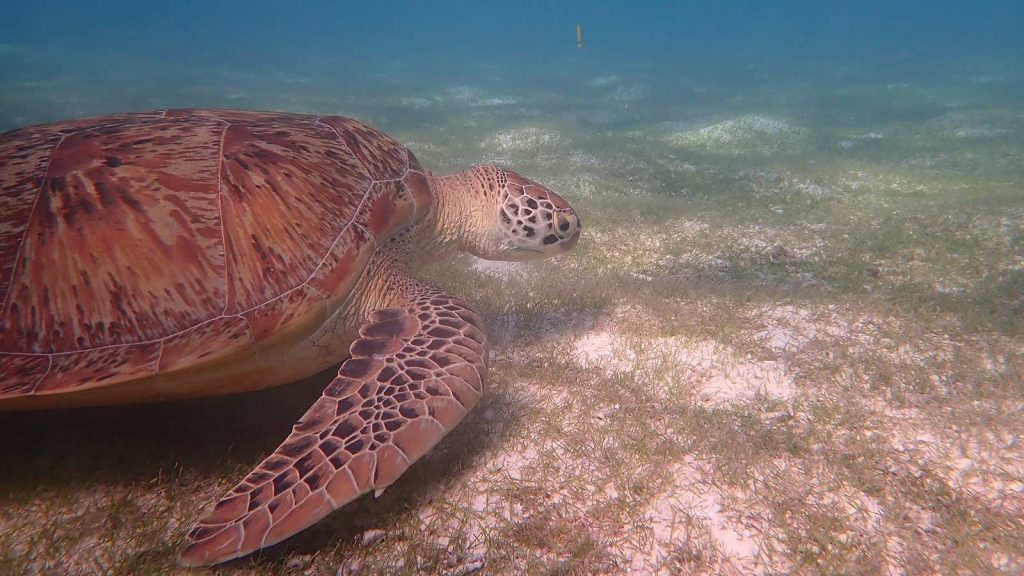 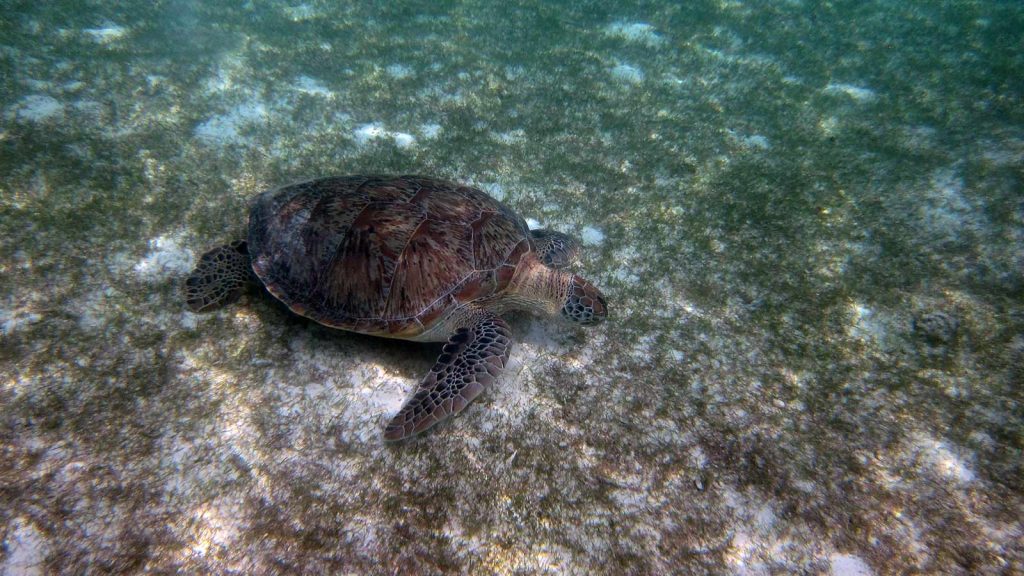 Special thanks to the Olive Ridley ProjectPhoto by Emily Mundy 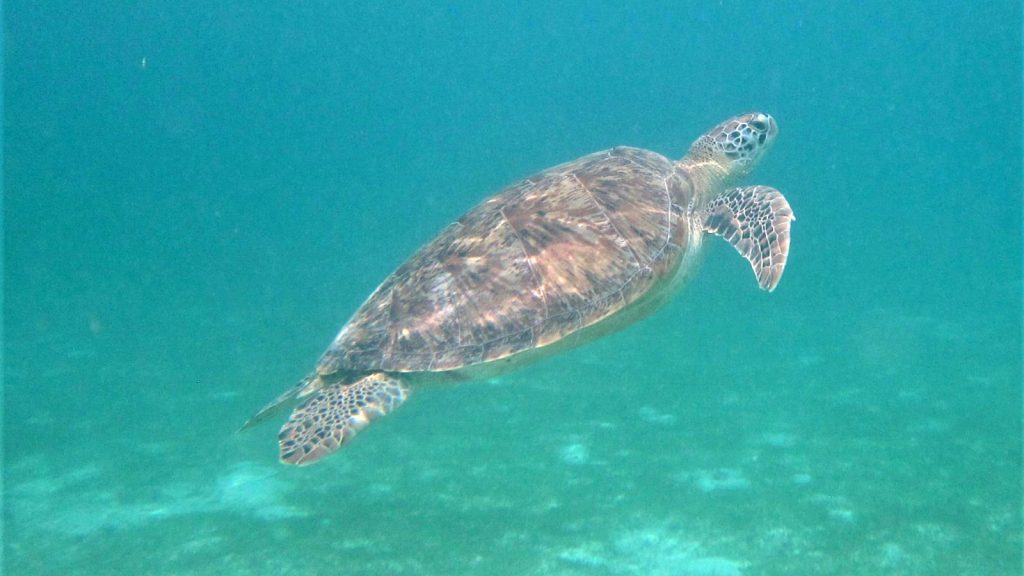 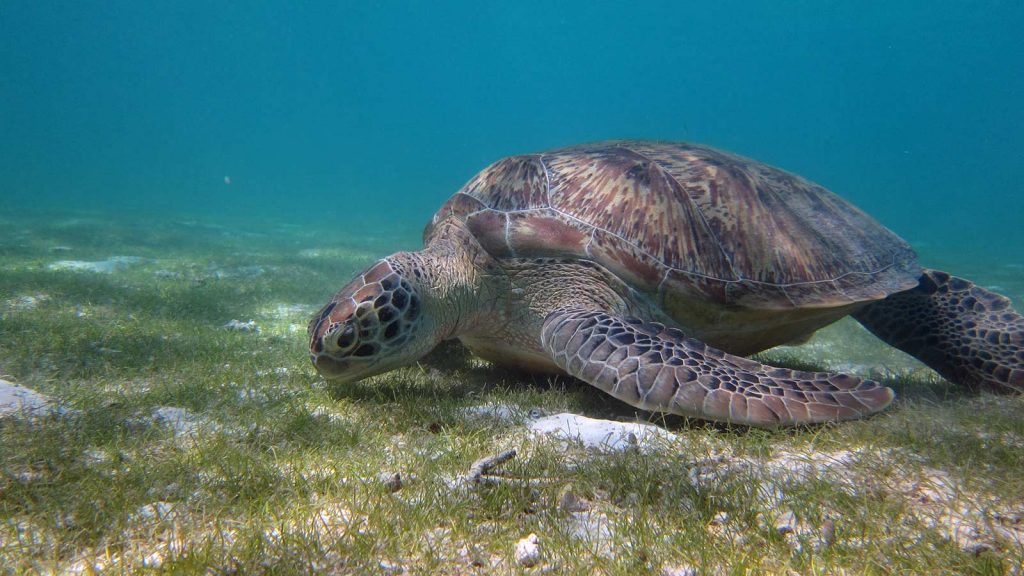