Rettey’s Trip to Germany and Austria

Rettey’s Trip to Germany and Austria

Every year, Kuredu selects one Team Member to attend the ITB (Internationale Tourismus-Börse), the world’s leading travel trade show. This year, it was Rettey, the Resort’s Food & Beverage Department Supervisor, who joined our Sales & Marketing Team on the trip to Berlin. Rettey has been working at Kuredu for 12 years and we are glad we could thank him for his dedication with what was according to him ‘a trip of a lifetime’!

For a Maldivian, used to year-round roasting sun and barefoot island life, the first concern before embarking on a trip to Europe is ‘What on Earth do I wear?!’ Rettey cleverly used the occasion of being in Colombo for visa acquisition for a shopping spree.

In Berlin, the group did some sightseeing and soaked in the entertainment; Rettey especially liked the Europe Show at the Palast Berlin. After all the fun, it was time to attend the ITB. The official partner country of this year’s fair was the Maldives, so the excitement of being there was even bigger for the Resort Team. After 3 days at the ITB, promoting the Resort, networking with colleagues and learning about other tourism destinations, the group took off to Austria. You may or may not know that the Maldivians are big fans of European football, so a quick stop at the Allianz Arena, the home of the FC Bayern Munich, was an obvious choice. After that it was time to hit the slopes! In Obergurgl, the group took a skiing course and enjoyed winter’s delights to the full! What overwater villas and sugary white beaches are to you, the Austrian Berghütten (mountain huts), surrounded by endless amounts of snow were to them! Having lunch at an altitude of some 3000m, compared to that of about 1m in the Maldives, was quite an interesting experience to say the least! It was at 3000m where Rettey also fell in love… with his new favourite drink: hot chocolate with cream!

All in all, Rettey had an amazing two-week trip, one that has given so much to him. He told us it is now much easier for him to put himself into the guests’ shoes, and – having seen the competition at the ITB – understands the importance of always going the extra mile much better. Kaiserschmarrn and Veal and Beef Goulash and all the other dishes he tried in Germany and Austria of course must have helped with his findings! Just ask him about his trip the next time you see him at Kuredu – the smile on his face when the topic gets brought up… priceless! 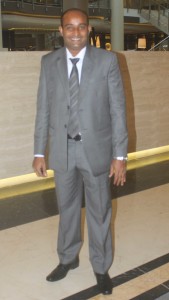 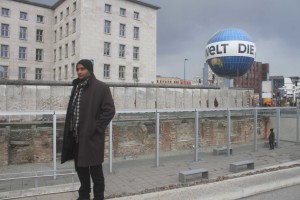 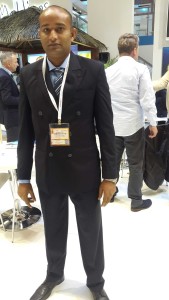