The TUI Top Quality 2017 has been awarded to Kuredu for guests’ consistent satisfaction with the resort – we have been voted as one of TUI’s top 250 hotels worldwide.

Kuredu is especially proud to have received the TUI Holly 2017, the flattering accolade that recognises TUI’s top 100 hotels worldwide. The TUI Holly stands for everything that makes a TUI holiday perfect: Great attention to detail, superb service and outstanding cuisine.

On behalf of the whole team at Kuredu, allow us to thank TUI guests for their positive feedback that has resulted in the resort receiving this important recognitions, to TUI for being a valuable partner, and last but not least, to Tina Zündorff, TUI Germany Tour Guide, who is based at the resort, for her hard work, dedication, and sharing her admiration of Kuredu with TUI guests. 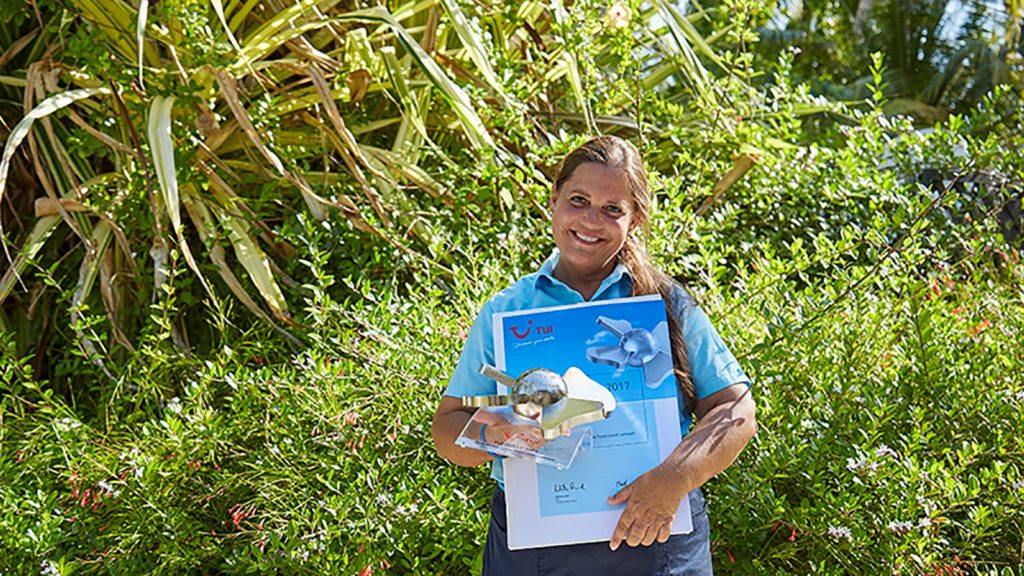