Kuredu – A Turtle Nesting Hotspot in the Maldives

Kuredu – A Turtle Nesting Hotspot in the Maldives 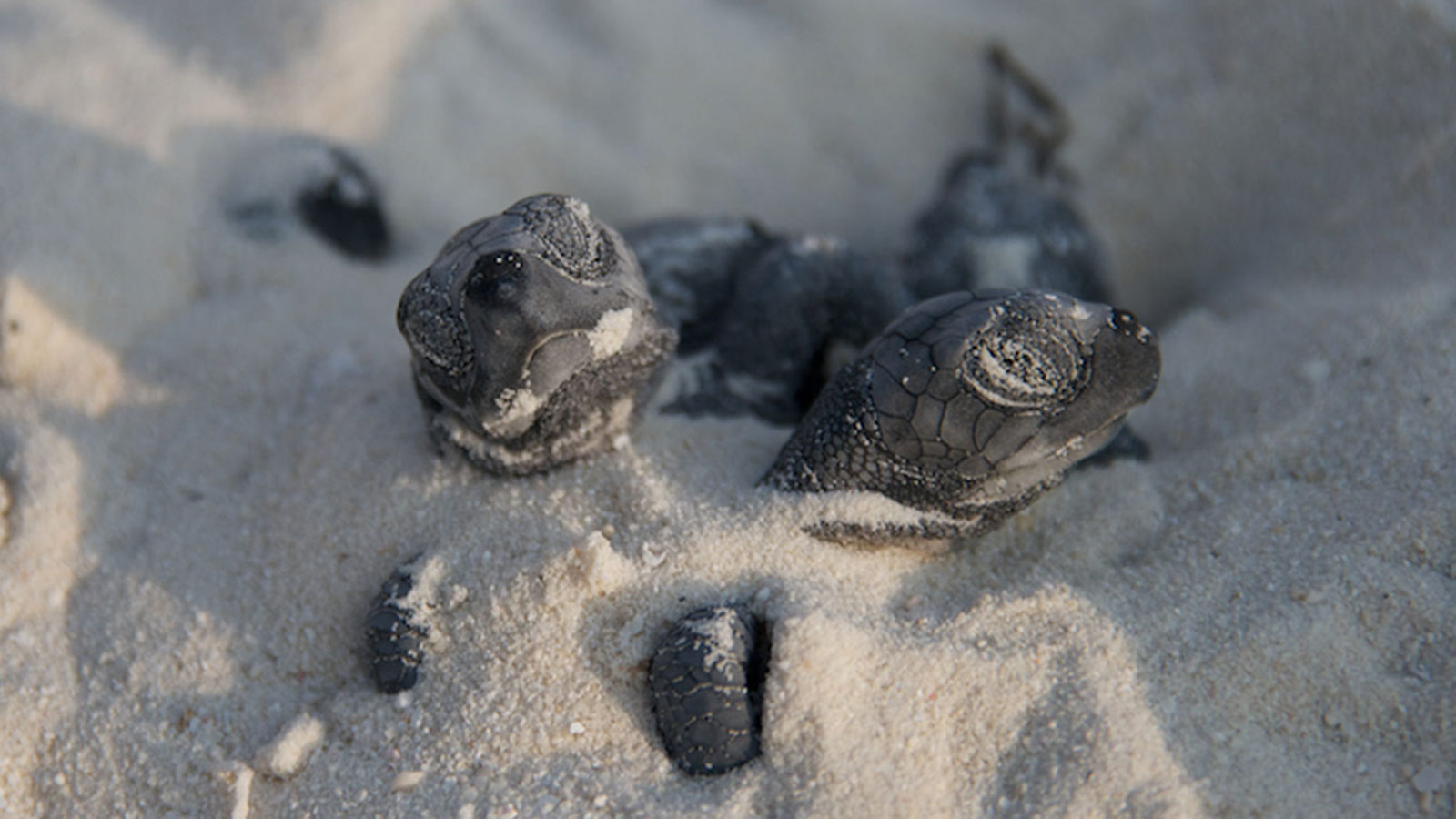 Kuredu Resort Maldives is well-known as being a sea turtle hotspot, with the largest community of green sea turtles residing at reefs nearby and grazing in the lush seagrass meadows of the lagoon areas, but it’s not just the ocean and reefs they love – Kuredu’s beaches are favoured nesting sites too.

The main nesting season in Lhaviyani Atoll is from November to January, with some nests laid at other times too. The nesting season aligns with the NE monsoon which has less rainfall. Hatching can occur anytime, day or night, between 50 – 70 days after the nests are laid, although we generally expect them to hatch at night around the full moon.

If you happen to be staying at Kuredu when hatching is due, you may have the opportunity to help our marine biologist from the Olive Ridley Project. Guest volunteers help with checking on the nests during the day and night to increase the chances of us witnessing the events and being able to help the hatchlings into the sea should they stray in the wrong direction. It’s a wonderful experience and not to be missed, it’s educational too with a full briefing on Code of Conduct of how to behave around hatchlings and what to do when they emerge or if they are found inland.

During Kuredu’s last main nesting season, 9 nests were laid, 3 on the north beach, and 6 on the south beach. We usually find out about the nests by getting a call from night security, the Early Morning Beach Walk Volunteers or by guests who have seen a turtle on the beach or turtle tracks discovered in the sand popping into the Marine Center to tell us. Sometimes the nests go undiscovered and we only know about them when hatchlings appear – quite rare but due to the size of the beaches here it can happen!

If you are lucky enough to witness a turtle making her way up the beach to nest, please stay quiet, don’t approach and don’t use torches – if the turtle is disturbed she will abandon attempts to nest and return to the sea. The Olive Ridley Project Code of Conduct (scroll down to view) should be adhered to around these endangered animals – we all have a duty to protect them in every stage of their life cycle.

After a nest is laid, it’s time to protect the nest and wait. A total of 1057 eggs were laid this season, of these 750 eggs hatched – this might sound like a lot but considering the survival rate of hatchlings is just 1 out of 1000, it could be that none of these survive to maturity. Every attempt, every nest, every egg, and every hatchling counts. Hatchlings face many threats, from predators on the beach and in the ocean, getting lost due to lighting on beaches (they instinctively head to the brightest light source which historically would be the light of the moon reflecting on the surface of the ocean), disturbance of the nesting female and climate change causing higher water levels which bring storm surges further up the beach inundating nests.

We hope you can visit us at Kuredu to learn more about these fascinating animals and maybe even have the chance to welcome new turtles into the world! To ensure you don’t miss out, you can browse and book turtle activities with our Marine Biologist via the Kuredu App before you even arrive at the resort.

Special thanks to Emily Mundy, Sea Turtle Biologist from Olive Ridley Project for sharing her data with us.