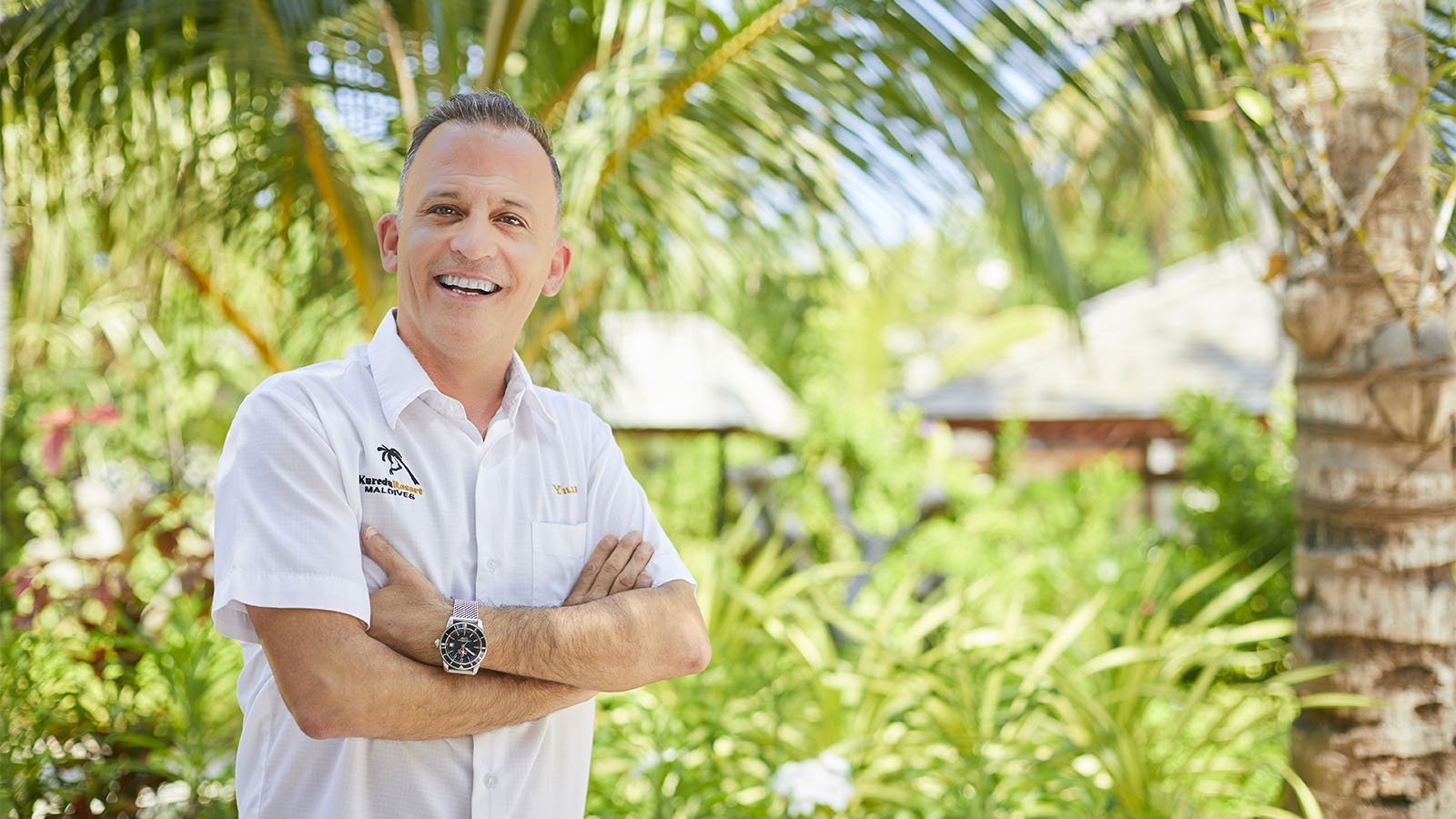 We would like to formally introduce Kuredu’s new General Manager, Yavuz. Many of you will already know Yavuz, who was previously Kuredu’s Resident Manager, working along side Patrick.

Yavuz was born and raised in the south of Germany. Before starting in the hotel industry, he successfully completed his state examination as a primary school teacher and as a teacher of German as a foreign language in Ankara.

In 2000 he started his career in the hotel business in a 5 star resort in the Aegean as a childcare worker. He then switched to the administrative area of ​​the hotel industry and worked in various positions in the front office in Turkey and Egypt. As Assistant Front Office Manager, he was able to successfully experience the new openings in Turkey and the Maldives. After the successful opening in the Maldives in 2009, he took over the position of Front Office Manager and stayed until 2015, where he last held the position of Rooms Division & Hotel Yield Manager, before finally undergoing a two-year management trainee. His routes led through Egypt, Morocco, Tunisia and Turkey. After successfully completing the trainee program and the hotel business economist, he had his first assignment as Deputy General Manager for the opening of a 550 room resort on the Turkish Rivera.

After a long yearning, he returned to the Maldives in 2017 as Deputy General Manager. In September 2018, Yavuz Yetgin moved to Crown & Champa Resorts as the Resort Manager and continued his professional career at Kuredu Island Resort & Spa. After Patrick de Staercke’s departure, he was entrusted with the management of the resort in the position of general manager with effect from February 17, 2020.

Once again we would like to welcome Yavuz in his new role as General Manager of Kuredu, and we know many of you will look forward to meeting him on your next visit to paradise.